I called an audible! 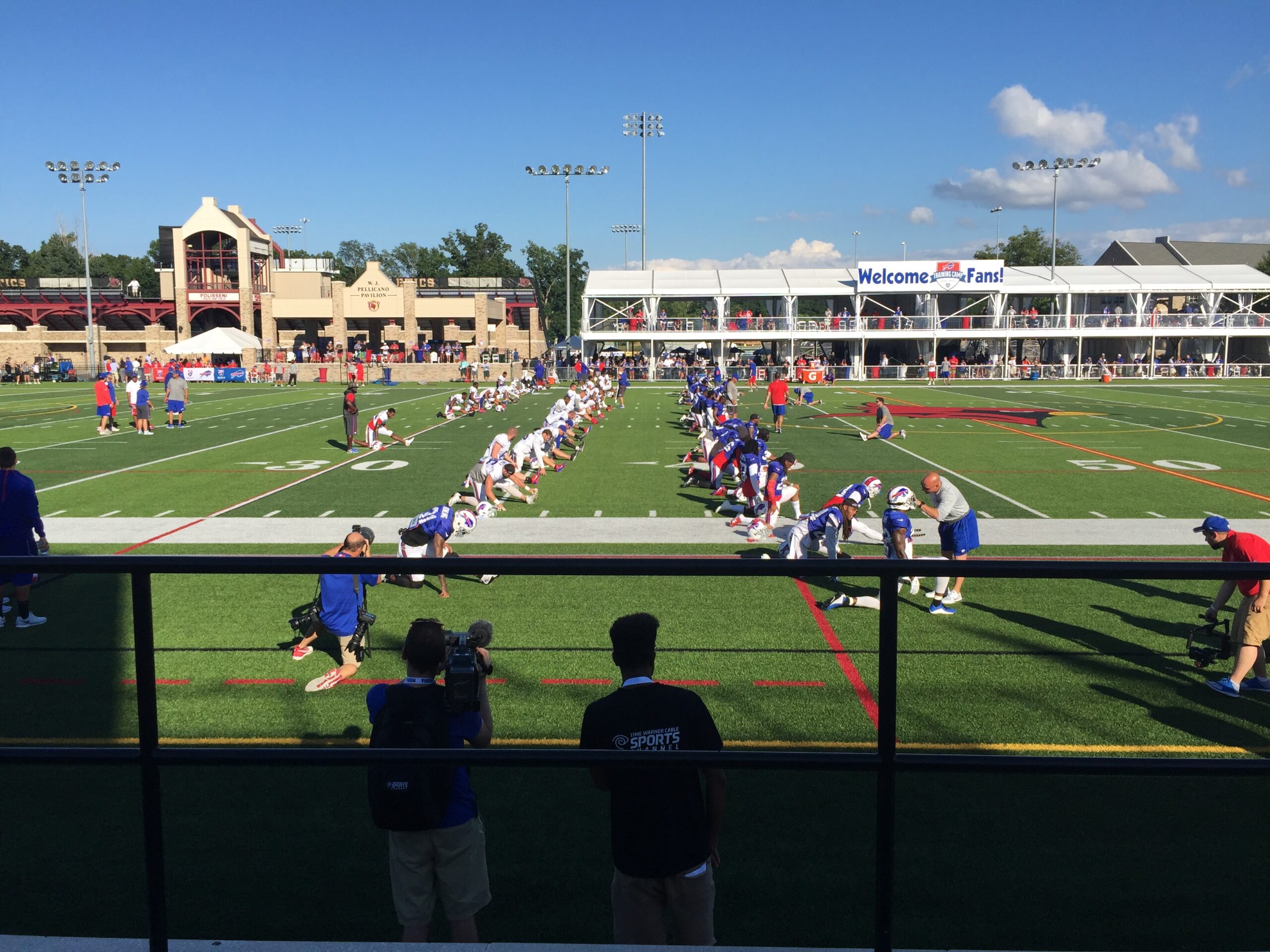 The quarterback tells his offensive teammates what play they’re going to run next and breaks the huddle. He confidently walks the offense up to the line of scrimmage, scans the opposing defense, and recognizes their scheme from film study. He now realizes the play that the coaches called is going to be stuffed by the defense.

So, what does the quarterback do? He calls an audible. Through disguised hand signals and verbal commands, he tells his team they’re not going with the play the coaches called, they’re going with a new play that will work better against the look the defense is showing.

That’s what I did in July. Well, from a traveler’s perspective, at least. I decided to extend my stay in Buffalo for an extra six days.

Originally, my plan was to hitch a ride with my parents from Buffalo to their Florida home. When I noticed that staying for the Bills first night practice – known for being the most exciting part of training camp – would only require me to stay an extra six days in Buffalo, I called an audible.

Let me explain the reason for all the football talk and the traveler’s audible.

I’ve affectionately rooted for the Bills, the city’s football team, all my life. Even though the Bills have had 13 players, coaches, and an owner inducted into the NFL Hall of Fame, the team has had many painful moments and are considered one of the most tortured franchises in all of American sports.

Much like Detroit and Cleveland, maybe Buffalo residents need their sports teams to keep their minds off the incredibly high tax rates that have pushed businesses and people out of Buffalo for decades. My parents and our family are a perfect example of this.

I will admit, though, my Buffalo friends and family have told me the city has, little by little, learned where they went wrong and have started to turn things around in recent years. During my visit to Buffalo, I saw a lot of optimism for the city’s future. Only time will tell.

Those positive vibes were with us when my cousin, his wife, and I road tripped to Rochester for training camp – the time when all NFL fans can be optimistic about their team’s future. We had a great time, I got some pictures with a few players, and there was even a Jim Kelly sighting (Kelly is the greatest player in Bills history. He’s basically a god in Buffalo).

In two hours, the night practice was over and we were on our way home. The next day, I got on the plane to Florida. That Buffalo optimism is getting tested right now, that’s for sure. As I type this, the team has started the season 0-2 and they just fired their offensive coordinator. What was it that Thomas Paine once said? These are the times that try fan’s souls! Or something like that 😉

Want more? When you join my newsletter, you'll instantly gain access to 33 exclusive, enhanced photos from my travels, along with unpublished stories and content!

Want more? When you join my newsletter, you'll instantly gain access to 33 exclusive, enhanced photos from my travels, along with unpublished stories and content!